Cat Law – What Are Your Rights When Cats Enter Your Garden?

A Cats Right to Roam Excuse – There is a misconception by many cat owners that because cat law says that ‘a cat has a right to roam’ then they (the owners) cannot be held responsible for whatever their feline pets get up to.

That’s right, many a cat owner couldn’t care less about your scratched car bonnet or the real health risks of cat poop left for your pregnant wife to discover in her raised beds because as far as they are concerned cat law is on their side so screw you with your moaning and complaints.

If you don’t believe me then spend an hour reading some of the many comments left on this blog by cat owners who cannot understand why anyone would have a problem with their cat visiting your garden to leave it’s crap for you to to clear up in the morning.

My advice to your cat problem is to take you and your mom to live on top of a mountain preferably volcanic. The cats wont miss you, I bet people wont either. POOF! problem solved.

Lynn Gunter commenting on a post offering tips on keeping cats out of your yard.

Here’s the thing though, under the Common Law Duty of Care, cat owners have a general duty to take reasonable steps to ensure that their cats do not cause damage to someone’s property or cause injury to anyone.

While the above is true, actual court cases in the UK involving cats causing damage to property such as scratching a car or destroying flower beds are rare but that is more likely because the threat of legal proceedings or an ASBO is enough for the complainant to receive recompense or at least for the cat owner to take steps to prevent further problems arising.

The right to roam in the UK comes from the fact that cats were not included in the definition of livestock under the Animals Act 1971.

“This act recognises that cats are less likely than other animals, such as dogs and livestock to cause damage to property and/or injure people. The outcome of this is that the law does not require owners to confine their cats within their property.”  Source

However, as already pointed out, the right to roam is not the carte blanche many cat owners believe it to be and if your property is subject to persistent damage you should seek legal advice if talking to the cats owners and your local council doesn’t get you anywhere.

Local councils tend to want an easy life so such as in the scenario above, one voice gets nothing done but if several complain then they move into action.

If it is just your garden being used as the local cat toilet and you are a lone voice and you have tried all other avenues including talking to the cat owners and setting up various cat deterrents then you could try quoting the human rights act at your local council office. The result is something akin to showing a crucifix to a vampire.

When you go to your local authority for help they will usually tell you that cats cannot trespass so the owners aren’t liable and there is nothing they can do – blah blah blah – anything for the quite life.

At this point you tell them you wish to make a formal complaint under article 8 of the Human Rights Act. Article 8 (when they ask) covers your right to respect for private and family life from your local authority – specifically you believe they are failing you in your right to enjoy your property because your garden is being used as a giant litter box by the neighborhood cats and they are refusing to do anything about it.

This is going to cause a bit of a stir and much whispering and nodding in your general direction but at some point they will believe they have solved their problem (the problem being you claiming your human rights are being violated) by telling you that the cat owners are also covered by Article 8 because they have the right to enjoy their property and the offending cat or cats are their property.

You then tell them you believe that they are now in breach of the Human Rights Act Article 14 because you are being discriminated against. They are putting the cat owners right to Article 8 above your right to Article 8.

Resist the urge to say ‘Touche’

At the very least this will show them you are not going to be fobbed off easily and will usually bring an offer from someone senior to  send an officer to investigate and ‘have a word’ with the cat owner or owners.

If the local council find in your favour and agree that a persons cat or cats are causing a genuine nuisance to you and others (such as fouling yours and your neighbours yard) and that the cat owners have failed or refuse to take any reasonable steps to prevent it from continuing they can serve an anti social behaviour order (ASBO) on the cat owner.

An ASBO will usually last for a minimum of 2 years. An ASBO does not indicate that a criminal offence has taken place. This means that the ASBO will not appear on a criminal record. However, if the terms of the ASBO are broken then it becomes a criminal offence and could result in up to 5 years in prison and/or a fine. If the police believe an ASBO has been broken they will take the case to the magistrates’ court, but some cases could be referred to the Crown Court. Source

Too Many Cats in the House

If someone has too many cats living at their domestic property the local council can require that the property owner apply to planning to change the use of the property. They do this knowing full well that planning is not likely to be granted.

The number of cats that have to be living at the property before this is triggered is not set in stone and will largely be based on the number of complaints received. 20 people on the same street complaining about someone with 10 cats will get more reaction from the local authority than 10 complaints about someone who has 20 cats.

The Environmental Protection Act of 1990 can also kick in where the number of cats in a property causes significant nuisance because of their noise, odour or the fouling of neighbouring gardens.

Cats are beloved pets in households across the United States, but as in many other countries the debate rages as to whether cats should be allowed to roam free.

The decision to let your cat out or not largely depends on your local cat laws, where you live and the kind of lifestyle you want your pet to have. For example, if you live in a rural area with plenty of open spaces and fewer predators, then it might be safe to let your feline friend explore the outdoors. On the other hand, living in an urban environment with busy roads make it dangerous for cats to roam free.

Cats roaming free can bring up some legal implications in America. For starters, cats are not native to the United States and they are considered an invasive species. This means that when cats roam freely outdoors they have the potential to cause harm to native wildlife through predation or competition for resources. Additionally, cat owners should make themselves aware of local cat laws as some places prohibit cat owners from allowing their pets to roam freely.

The biggest concern regards to cats that are allowed to roam freely is that they can contract diseases from other animals or even get into a confrontation with a larger animal like a coyote or raccoon. Cats can also pick up fleas and ticks while roaming outdoors, which increases their risk of developing illnesses like Lyme disease or feline leukemia. Furthermore, outdoor cats may bring home parasites such as roundworms and hookworms which can cause severe anemia if left untreated.

When considering if a cat should be allowed to roam free it is important that the cat owner takes into consideration their own responsibility towards their pet’s safety and well-being. This includes educating oneself on local ordinances regarding animal control and taking steps needed to ensure the cat remains healthy – such as providing necessary vaccinations, implementing flea treatments and keeping up with health checkups at least once a year.

The life expectancy of an indoor cat is 12 to 15 years old, for a cat allowed to roam freely its 2 to 5 years.

As a gardener you may well have unwelcome cats calling in on your garden as they do their daily rounds but it is important to remember that the cat is someone’s property as well as a pet. Perhaps the only companion of an elderly person or much loved by a young child.

In the UK all cats – domestic and feral – are protected by the Animal Welfare Act of 2006 and it is an offence to trap or intentionally kill or harm them in any way.

Domestic cats are considered by law as the property of the owner so anyone killing or injuring a cat can be charged under the Criminal Damage Act 1971 and so they should be. Also, because the cat is considered property, the act of taking a cat and dropping it off somewhere is theft in the eyes of the law so do not do it.

Yes it is frustrating when they dig up your seedlings or leave you a not so nice surprise for when you go to plant something but cats are just doing what cats do just the same as a dog would crap on your front lawn if was unattended.

It is the cat owners that need to understand that with an ever growing population there is less space and more risk from traffic than in years gone by – an indoor cat is the only safe cat.

There are plenty of harmless but effective cat deterrents on this site that will put cats off visiting your garden in a humane and safe way so use them rather than reverting to something that is cruel, illegal or probably both. 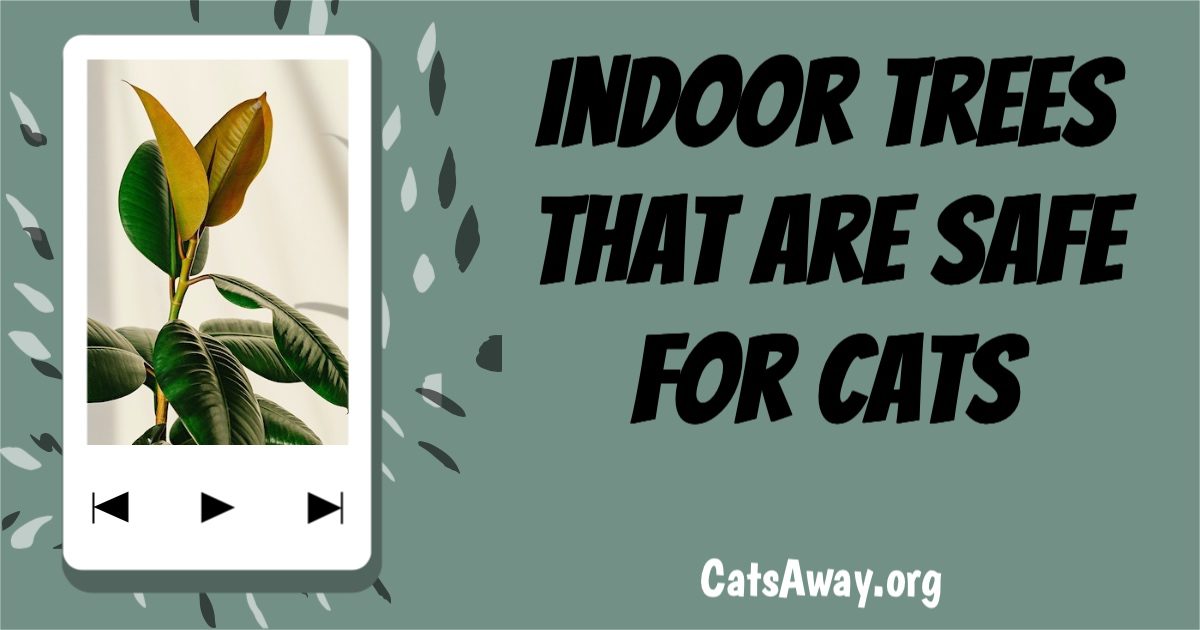 7 Indoor Trees Safe For Cats That Will Brighten Your Home

The thing about introducing an indoor tree into your home is that you have to consider if it is pet safe. While this is true for both owners of cats and dogs, it is the indoor cat owner in particular that needs to choose wisely. Dependent on the breed of your indoor cat, he may… Playing With Cat To Delight Your Feline Friend

Playing with indoor pet cats can be a rewarding experience for both you and your feline friend. It is important though to understand the types of play that cats enjoy, how much playtime they need, as well as safety tips so that everyone involved has an enjoyable time. Through interactive activities such as chasing toys… 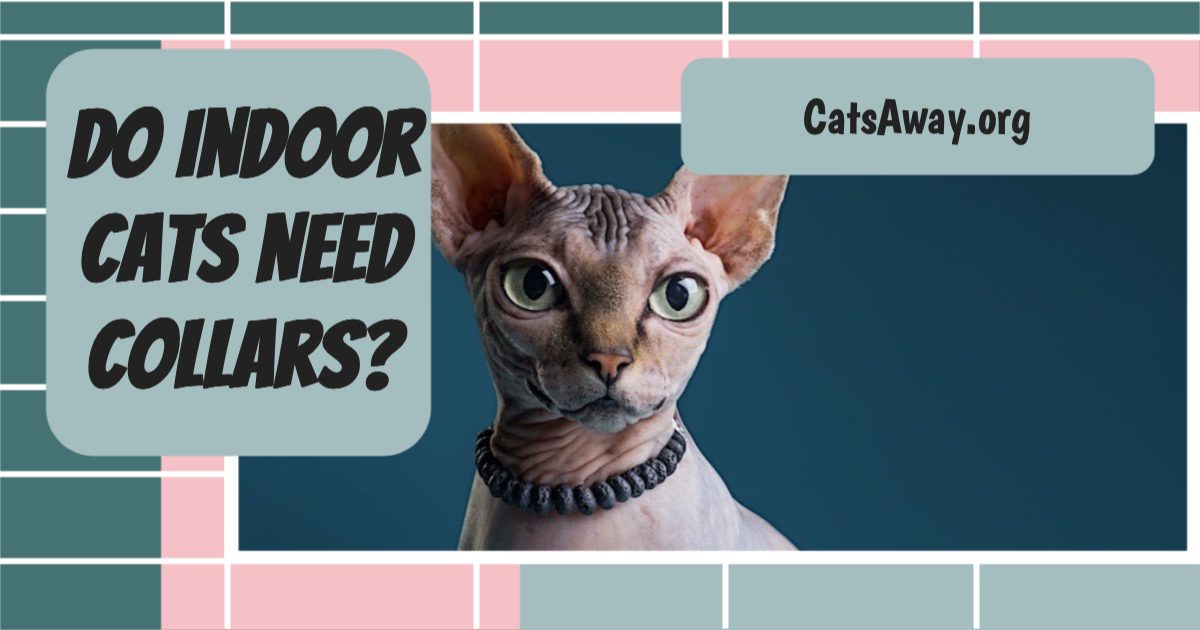 Do indoor cats need collars is a question many cat owners ask themselves when considering the best way to keep their beloved felines safe. Collars are an important part of cat care and safety, even for indoor only cats. Understanding the benefits that come with putting a collar on your cat as well as which…